Image by GosiaIgnasiak on Pixabay

A year ago, I visited the Baháʼí House of Worship in Wilmette, IL, responding to an offer for a personal tour by my friend Nilu. They were honoring the person and music of Dizzy Gillespie, who was also Baháʼí.

To say this is a beautiful piece of architecture is an understatement. The carved detail alone is an unending work of art. There is meaning behind nearly everything you see, giving further significance to its grace and beauty. We spent time looking, reading, talking, and finally listening to a man who shared much of the belief and history of the Baháʼí faith.

As we were walking up the majestic steps to the event, I realized I wasn’t prepared for my emotional response. It hit me like a revelation; if we removed all the violence and evil that nearly every religion has been guilty of over the centuries, we’d be left with the love of humanity the Baháʼí faith embraces.

And I was wrecked.

In tears at the thought of humanity being, acting, and loving one another without the violence and evil, I said, “I think I am a bit Baháʼí. Can I be Christian Baháʼí’?”

In kindness, both Nilu and our history-sharing friend said, “Absolutely.”

Baháʼí don’t reject any religious teaching, which is quite a feat of practiced acceptance. There is an inscription on the temple’s exterior that expresses this better than I ever could, “The earth is but one country, and mankind its citizens.”

The oneness of humanity under a single God resonates deeply for me, appealing to my peacemaker soul.

Even now I have many thoughts and feelings about this inscription as I reflect on my time there. Some of these feelings confront my cynicism, some my own belief system.

My peacemaker soul asks “How?” Is there a way to carry acceptance without losing our own chosen beliefs?

We each make choices to believe the way we do for various reasons and hopefully we are fully convinced of our faith. Why else would we embrace those beliefs?

I don’t have any definitive answers, just more to unpack, but I love that this encounter has me asking questions that I may sit with for a while. I may or may not find answers beyond actively practicing acceptance and validation of one another’s right to just be.

I smile that once again I find myself forever a paradox seeking balance. What seems to be opposite perspectives, views, beliefs, are for me complimentary sides of the same coin.

I am glad to have found woven within me these golden threads of Baháʼí.

“To be a Baháʼí simply means to love all the world; to love humanity and try to serve it; to work for universal peace and universal brotherhood.” 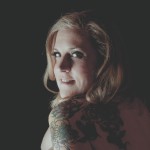 Photo by Anne Nygård on Unsplash

One Year of Roosting: A Look Back on the First Year of the MockingOwl Roost

Image by Matthew Henry on Unsplash