Book Review: The Unofficial Harry Potter Book of Cocktails: Fantastic Drinks and How to Make Them by Rhiannon Lee and Georgia Hingston

Exciting food and drinks have been a part of J. K. Rowling’s Wizarding World since the beginning, when the mundane life of Harry Potter ended and he was introduced the magical libations and feasts available at Diagon Alley, Hogwarts School of Wizardry and Witchcraft, and the town of Hogsmeade.

The runaway popularity of the franchise has led to many different interpretations of popular drinks like butterbeer and gillywater, and recipe writers love coming up with new ways to bring Harry’s world to life in alcoholic form. The Unofficial Harry Potter Book of Cocktails: Fantastic Drinks and How to Make Them by Rhiannon Lee and Georgia Hingston, with photos by Aline Shaw, mixes traditional cocktails that have been given a themed makeover with more inspired creations – but it’s not for the faint of heart.

I’m a true beginner at mixology, so reading the introduction to this book had me a bit intimidated. The basic equipment and methods needed to create the Harry Potter cocktails are mostly standard, but I’d never worked with some of the ingredients before, like homemade flavored syrups and butterfly pea flower extract.

Activated charcoal was the one that really made me do a double-take, but I can see how it makes a reasonable Muggle facsimile for Peruvian Darkness Powder. And I wasn’t sure what overproof rum was, but it makes sense you’d need a higher alcohol to set drinks ON FIRE.

I flat-out decided not to worry about adding sparklers because I could imagine that going all kinds of wrong, and I don’t own a magic wand that would allow me to put out fires with a single wave. But I did set some glasses alight.

The book is divided into different sections. “Essential Elixirs” features some of the signature drinks that have come to be associated with the Harry Potter world, like Butterscotch Beer, Fire Whiskey, and the Goblet of Fire.

Actually, the butterscotch beer recipe was not what I thought it was going to be, requiring heating certain ingredients and then adding that to ginger beer. It turned out to be sweet and delicious, though. I ended up making a mocktail version, with Sprite in place of Scotch whisky, for my kid.

The Fire Whiskey tastes a lot like, well, Fireball Cinnamon Whisky, if maybe you’re a college student at a party and like that sort of thing. As for the Goblet of Fire – yes, you actually do need to set this drink on fire to get the spicy, smoky flavor that levels this drink up. The almost-invisible blue flames it creates do make this one seem magical.

The other sections, including “Classic Concoctions,” “Charming Cocktails,” “Dark and Divine Drinks,” and “Characterful Creations” include many cocktails you know, which have been re-named and in some cases, given a slight makeover to fit into the Harry Potter universe.

In “Characterful Creations,” the authors match up certain mixtures to match character personality traits. So for instance, Trelawney’s Tea is basically hard tea with lemon and mint, decorated to be as fussy as the instructor’s divination classroom.

Hagrid’s Flying Sidecar, a perfect cocktail to associate with the motorcycle-riding Hogwarts dropout, is a traditional sidecar recipe with cognac, lemon, and orange. The Tom Riddle-Collins is your basic Tom Collins cocktail with lemon, simple syrup, soda water, and gin.

Some are more imaginative, though. The Cheering Charm actually changes color as a result of the combination of lemon juice and butterfly pea flower extract. Hair of the Three-Headed Dog, one of the Classic Concoctions, ended up being a favorite because of a tasty mix of blue curacao and lemonade.

The Unicorn’s Blood, with its strong gin flavor and lemony aftertaste, was not one I’d necessarily drink often, but I had never used elderflower liqueur in anything before, and its use here did cement it as a new favorite for me! Some edible glitter provided an enchanted garnish.

At this point, I’ll say that, while I had trouble finding some of the ingredients needed for finishing touches, like Pop Rocks and cotton candy (to make spiderwebs), the garnishes added some fun, magical touches to otherwise standard recipes.

Not all the recipes were hits, but you know, the beauty with making recipes from a book (and obtaining a rather large and well-stocked bar as a result of doing a review on a recipe book on cocktails), is that you can adjust them to your liking. For example, The Knight-Cap Bus, featuring blue curacao, vodka, and cranberry juice, wasn’t a favorite. But then again, I only had cranberry cocktail on hand so that might require some experimentation.

Overall, the book is a fun one, with a variety of creative concoctions for every taste, including the Nagini-Negroni and the refreshingly fruity, rose water-flavored Always, which require different skill levels to make. You’re going to want to pace yourself, though, unlike me, because some of the non-standard alcohols may not be something you have on hand or can easily locate at your grocery store.

I never did find rosso vermouth and I gave up on all the different types of rum required just based on my ever-dwindling budget. On the other hand, I learned a lot about the many varieties of rum.

If you’re going to do what I did and have a Harry Potter-themed cocktail party just to try some of these out, pick some of your favorite recipes and focus on getting the ingredients for those.

The book itself, based on the advance copy, is an attractive tome with pretty pictures (although I wish they existed for every recipe). If you’re a Harry Potter fan or have one in your life who’s interested in cocktails, this is a nicely packaged way to bring the Wizarding World to your table. 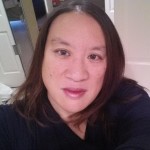 Helen A. Lee (she/her) is a Kansas native and Chicago-area resident with 20+ years of writing and editing experience. She has a master’s degree in journalism from Columbia University and a master’s degree in biology from Miami University in Ohio. Her work has been published in many magazines, newspapers, books, and online publications, including Looper.com, the Chicago Windy City Guide, The Pretty Pimple, Simplemost, The Happy Puppy Site, the Chicago Tribune, and Gamespot.com. She’s a single mom with one child who enjoys volunteering in her spare time.

This author does not have any more posts.